Serving the reason-based community in NYC 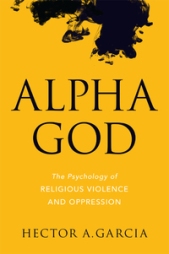 Alpha God focuses on the image of God as the dominant male in Judaism, Christianity, and Islam. This traditional God concept is seen as a reflection of the “dominant ape” paradigm so evident in the hierarchical social structures of primates, with whom we have a strong genetic connection. 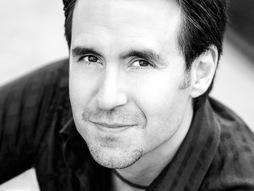 Doctor Garcia, a professor of psychiatry at the University of Texas Health Science Center at San Antonio, describes the main features of male-dominated primate social hierarchies— specifically, the role of the alpha male as the protector of the group; his sexual dominance and use of violence and oppression to attain food, females, and territory; in-group altruism vs. out-group hostility (us vs. them); and displays of dominance and submission to establish roles within the social hierarchy. The parallels between these features of primate society and human religious rituals and concepts make it clear that religion, especially its oppressive and violent tendencies, is rooted in the deep evolutionary past.
This incisive analysis goes a long way toward explaining the historic and ongoing violence committed in the name of religion.

“Hector A. Garcia has written a brilliant, courageous, and vitally important book about the widespread belief in a single, all-powerful god. Given the fact that religious differences underlie almost all of the world’s bloody conflicts, this might be one of the most important topics anyone could tackle.” —Sebastian Junger, author of the bestselling books War and The Perfect Storm

Admission is Free – be there, and join the conversation!

Humanist Disaster Recovery: Their mission is to provide the humanist community an avenue through which to volunteer when disaster strikes. DONATE NOW!

Join us on the third Wednesday of every month for this lively gathering of all our member groups.